Ponytails are regarded as one of the most time-saving and easy hairstyles with immense glamorous and gorgeousness. Braided ponytail hairstyles for black hair is one of the most searched topics in the internet world in recent time. The braids, the ponytails, and the black can make an evolution when they are merged and combined together, Generally, the ponytails and the braids are much more popular hairstyle among the African American Black women but when you mix them up, you are the one to be the center of everyone’s attraction. Today we are gonna present the most beautiful and attractive braided ponytail for the African American black women. So let’s get going… 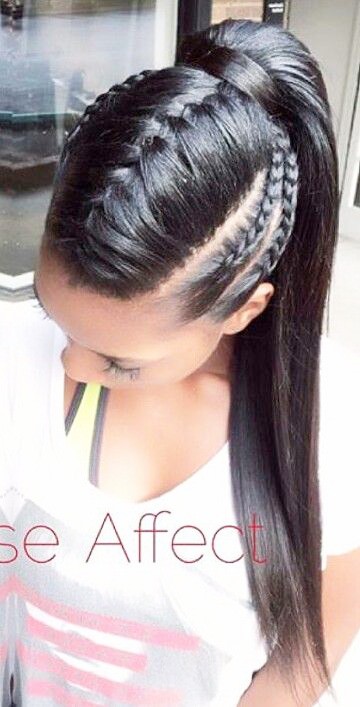 Ponytails can be of one or multiple braids. It’s time to talk about one braided ponytail. The whole of the hair takes the shape like a braid and position on the top of the head. As the braid uses all of the hair available in the head, it becomes thick and giant. And a giant braid is lucrative to all. 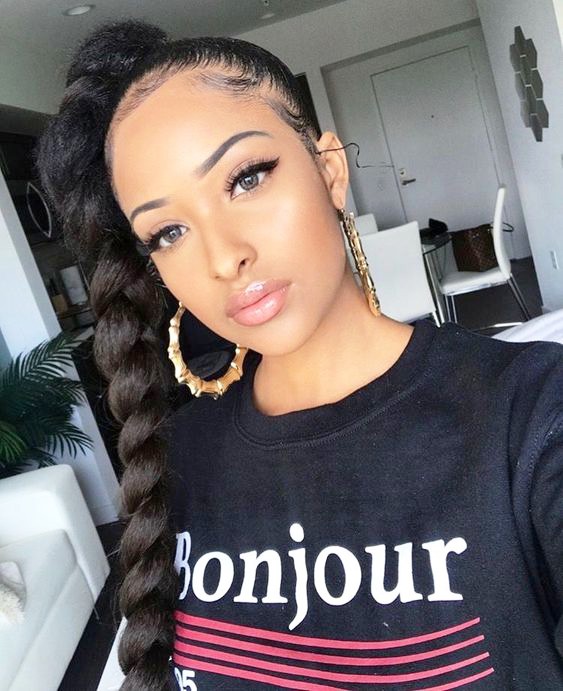 The hairstyles of the African American black women have mostly originated from the African and tribal Hairstyles. This hairstyle is a great example of that.  This girl has some head-wrapping braids and a ponytail with afro extensions, curls, and braids. You can choose the one which you like best. But as a whole, this package gives you a wild and hot look. 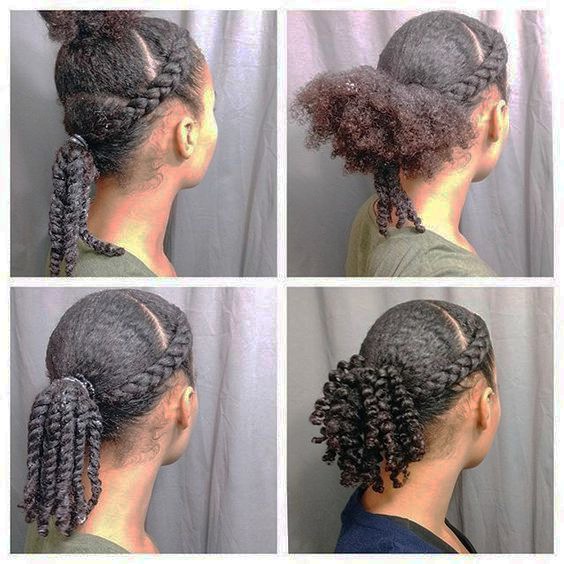 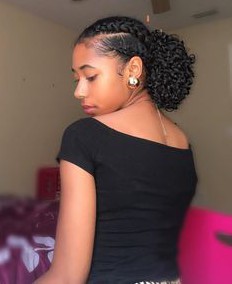 You know what the pixie braids are. The beautifully thin and flexible braids are called the pixie braids. When you make a ponytail with these lovely braids your hairstyle can compel anyone to falls in love with it. Use some beads with this beautiful braids and get the ultimate effect of pixie braided lovely ponytail. 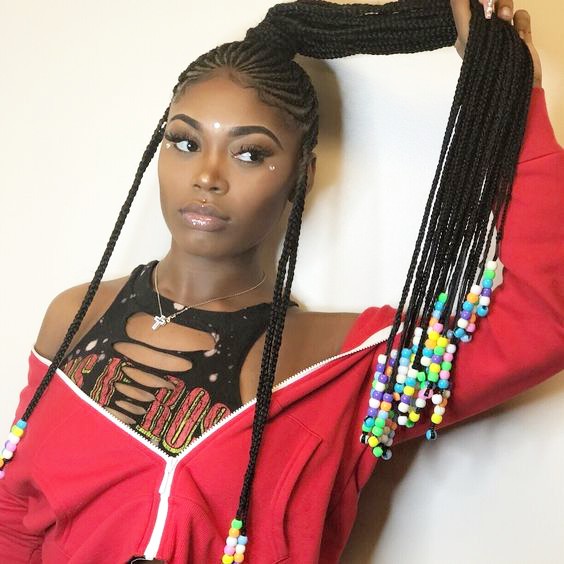 There are not many differences in the previous hairstyles and the present one. The main difference is the beads. There we used general beads and here we use the tribal beads which gives a crazy look to your braided ponytail.

Cornrows, the heart of styling hair especially the hair of the African American Black women. Here the cornrows hairstyle has been applied with the braided ponytails.  Moreover, the braids are colored golden. The multiple golden-colored braids have passed through a ponytail tie to the back. Sexy and seductive as always. 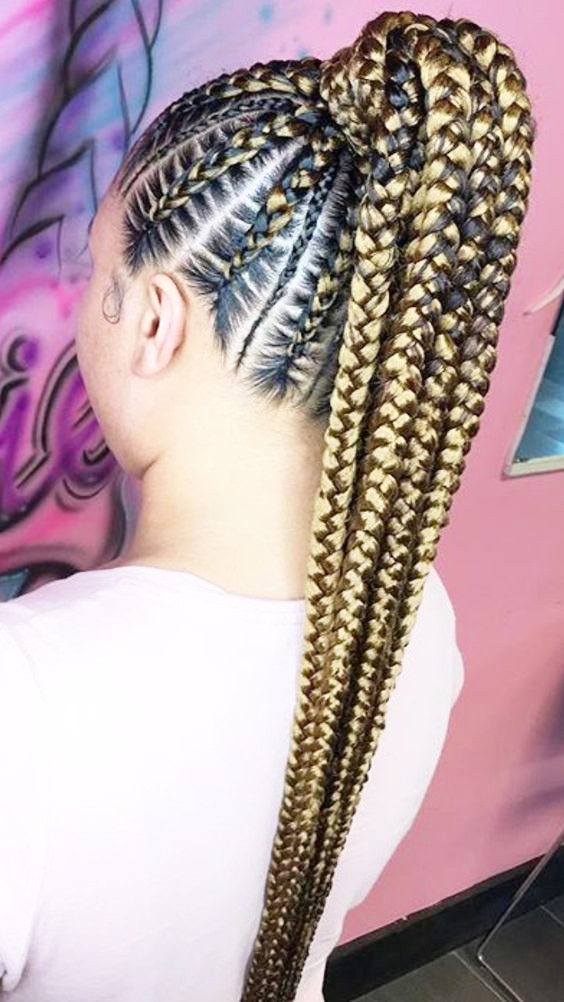 This one is the pure cornrows hairstyle. The cornrows braids are tied as a ponytail and let them hang by the back. Use this sexy hairstyle during any kind of social gatherings and tour or vacation. 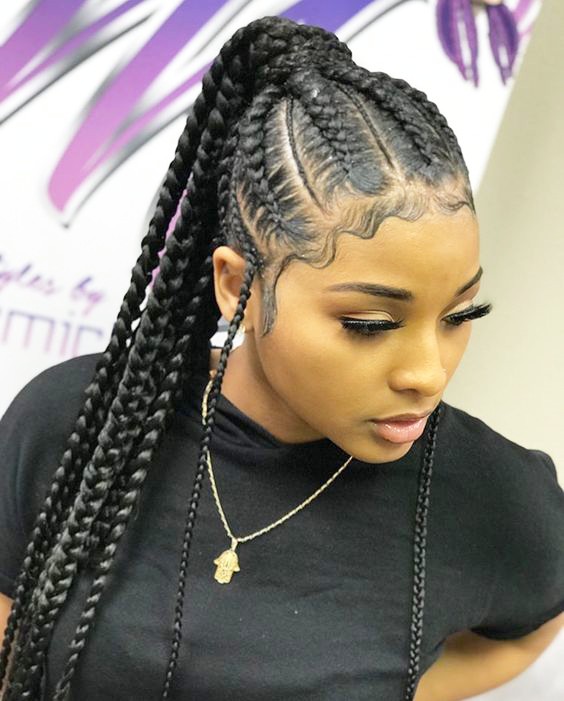 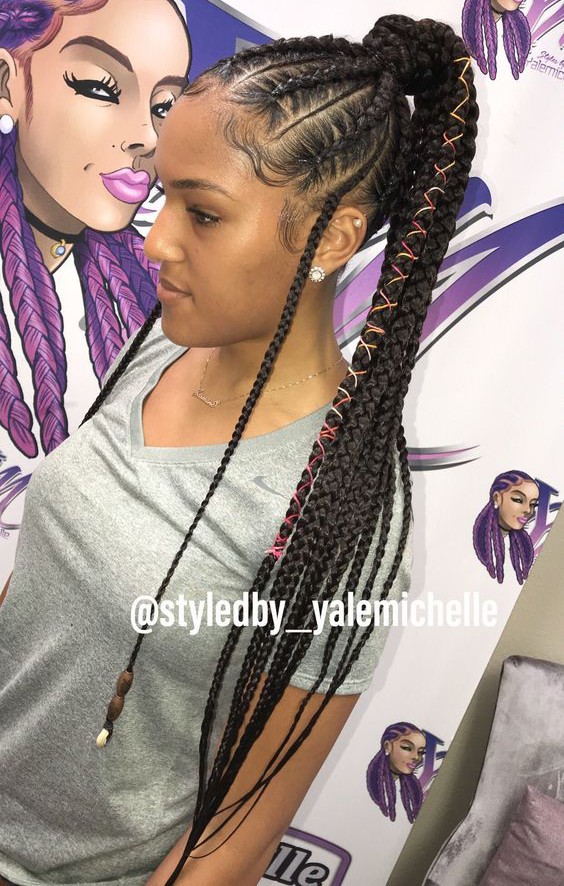 Ponytails are normally positioned by the backside. It is thought that it emits the best effect on the backside, but the reality is the ponytails can be positioned on the side too with an enormous effect on the other people around you. You can imagine that your hair will be the center of vision of the others. 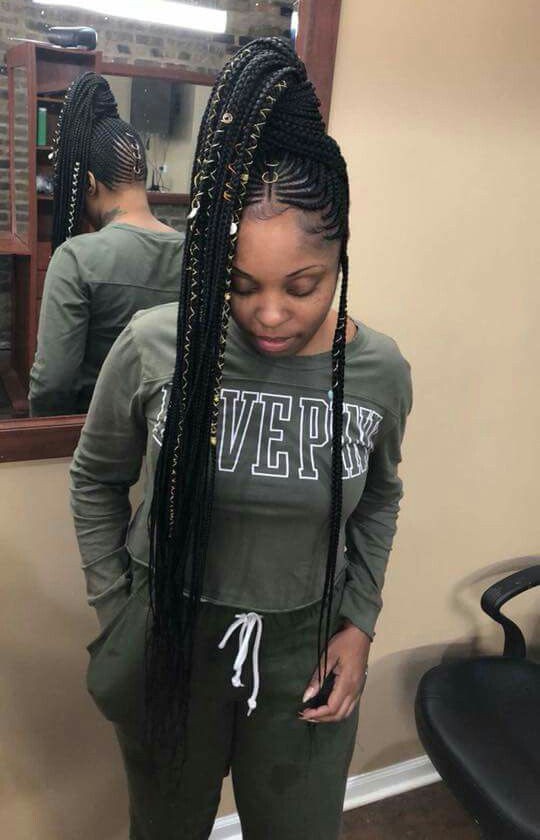 Braids and Ponytails can be positioned to the front too. Just divide the ponytailed braids into to part and let them show off by positioning them in the front from both sides of the shoulder.

“Braided ponytail, tribal style, braids, Lemonade Braids” This words are enough to describe this hairstyle. There is nothing new to say about this wonderful hairstyle. So, you can now use this hairstyle to bring out the ultimate beauty from the inner you. 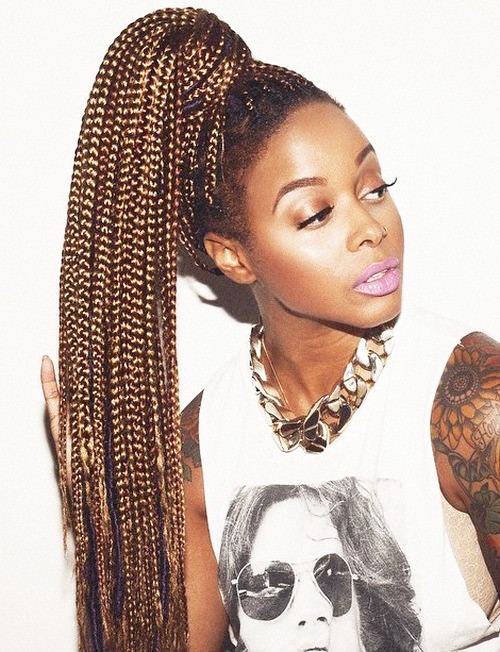 This is so simple and silly one. Take your ponytailed braids and wrap them by your neck from the front. Simple and innovative huh?

Thick braids always make you sexy and seductive. When you make a giant shaped ponytail with those thick braids, you can control many of the hearts around you. 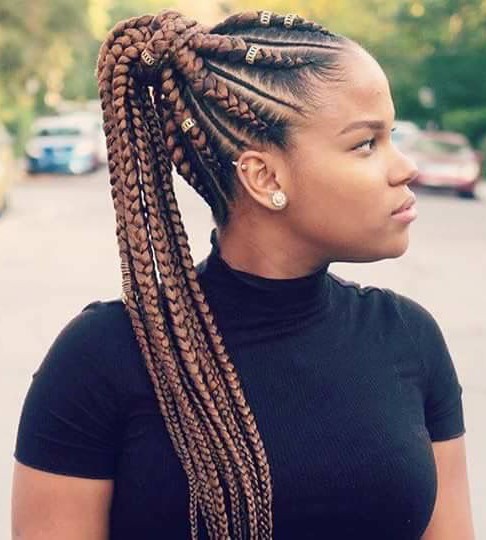 Two thick braids and a ponytail with that. That’s all you need a side braided ponytail. Look at the girl at the picture. She is gorgeous and amazing with this hairstyle. On the other hand, it’s a great protective hairstyle that can actually do a lot for you and your hairstyle. 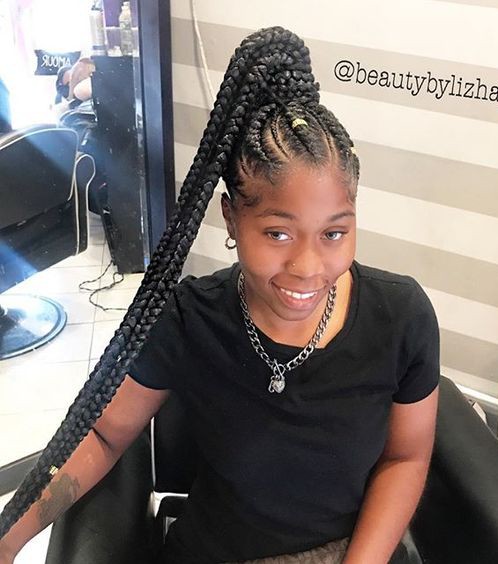 We have hardly anything to say about the cornrows braids. Make some giant cornrows braids and make a ponytail with them to get heavenly beauty in your hairstyle. Moreover, these ponytail hairstyles are great for different occasions and get together. 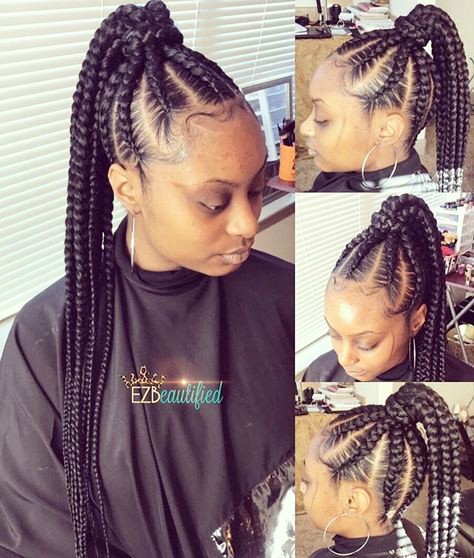 Hello, this is a golden braid ponytail which is also a cornrows hairstyle. The number of braids is only two. And these two braids have the power to control the whole world. 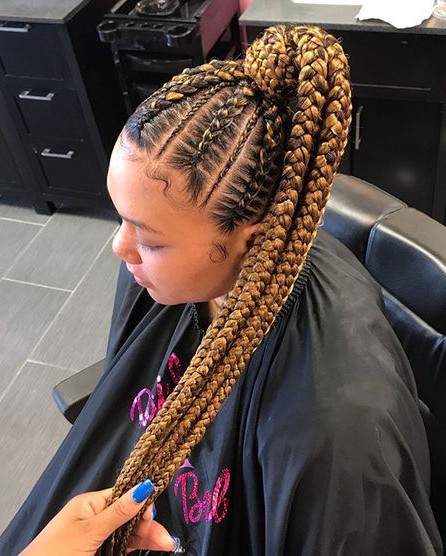