Dreadlocks styles are one of the most trending hairstyles for men. The dreadlocks are originated actually from the Indian culture. The ancient Indian saints would grow their hair at that level that it become dreadlocks. Still today there are some saints in India called Aghori are use these hairstyles for religious purposes. However, we are here to present some lovely dreadlocks hairstyles for you which will make you stunned instantly. Note that the styles we are going to discuss today are for men of African ethnicity. So, let’s dive into the discussion now.

To get a great hairstyle, you need the locks. Dreadlock hairstyles are being used by men for thousands of years. In ancient India, the saints and Hindu religious figures used to grow their hair to the extent that their hair could not be groomed. In Sanskrit, this type of hair was called JATA. Later on, this JATA has become widespread and used by people all over the world. In the present century, this hairstyle has become the craziest and trendiest fashion among many ethnic people. With the passage of Time, the ancient JATA has been modified with modern technology to make it usable in modern times.

Among all other ethnic groups, the African American people have adopted this hairstyle most because of their hair pattern and texture. Whatever hairstyle the black men wear, dreadlocks hairstyles are the best options for men. In a word, the dreadlocks make the men look like men. The dreadlocks were worn and invented by the Indian saints years ago and used to call it ‘Jata’. The Jata was used with natural hair and the saints grow their hair to make natural dreadlocks. However, with the passage of time, the locks are modified and created artificially. And in today’s world, the dreadlock is one of the most popular and trending hairstyles in the African community. 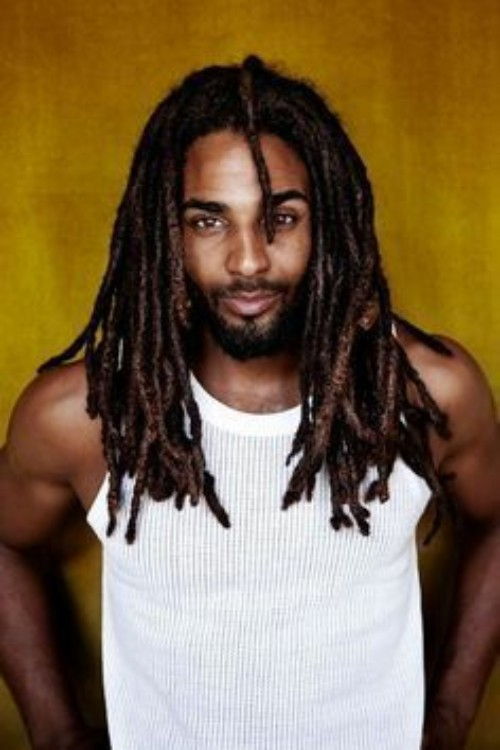 Dreadlocks are thick enough to look like braids. But what will happen if the dreadlocks are used to make braids? It is possible and the result is super awesome. You can look at the images below to know more about the dreadlocks braids. Here the locks are tangles with one another to make lovely braids for the black men. If you are willing to make yourself identifiable from the others you can pick these awesome hairstyles to be more manly and smarter.

Well, these hairstyles are quite irregular and rare. But many of the men are using blond dreadlocks and their hairstyle. For you please check out the images below which contains the blonde dreadlocks for you.

Bun hairstyles are mainly worn by women all over the world. But in the case of a bun made with dreadlocks, the men can easily wear it with the trendiest fashion. Here, we have collected 5 lovely dreadlocks buns for African men to help you realize the great attraction of the dreadlocks bun hairstyles. Our purpose is to help you choose the best one from the displayed hairstyles.

Men, who love long hairstyles can try the long dreadlocks styles to have the perfect long hair with the most modern effect. A long hairstyle is generally uncommon among men. And when you are wearing the long hairstyle with the dreads, you will look special to all other people around you. The given pictures have been collected through intensive research to help you choose the right one for you. 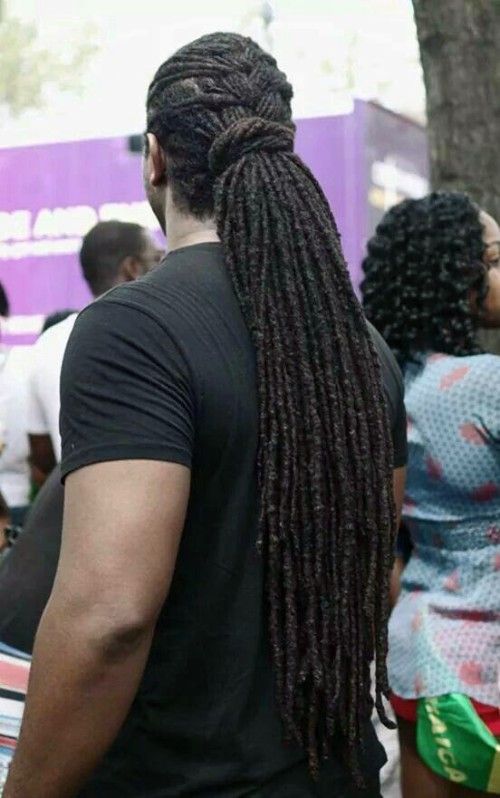 Side Shaved Dreads for Men

The black movie stars are now seen with a cool short shave hairstyle. Their hairstyles are made spiky and short. And the locks use, are the dreadlocks. As a result, a large number of movie lovers are trying to select stunning side-shaved dreadlocks styles to wear. For them, we have found out these trending hairstyles of the present time. You, youngsters, will be more handsome and dashing with these super eye-catching hairstyles of dreadlocks.

Ponytails with Dreads for Men

Ponytails are the most modern addition to the hairstyles industries of men. Black men are now using ponytails hairstyles in a large number. But you can differentiate the effect and craziness between the ponytails made of other hair and dreadlocks ponytails. Many of the models, sportsmen, and movie stars are seen today with ponytails that are made of dreadlocks.

Mohawk with Dreadlocks for Men

Both Mohawk and the Dreadlocks are the craziest and wildest hairstyles of the present time. And when you blend these two awesome creations, you will look just awesome. The sides will be shaved or faded, and the top of the head will be covered with lovely long locks. I hope it will be a great experience for you too like mine.

Yes, there are more dreadlocks hairstyles for you. You can pick from them too.

Side Cornrows with Dreadlocks Braids

Some Other Dreadlock Hairstyles for Men

We are at the end of today’s discussion. How was your experience? Please let me know through the comment box. Send us your feedback, suggestions, and experiences to inspire us to write something new next time. Thank you.

All these examples have been organized with thorough research and recent trend analysis. Now it’s your turn to pick the great dreadlock hairstyles and go to the next saloon to make you look like that. So what are we waiting for? And of course, do not forget to let us know about the hairstyle you have chosen and its experience. We will be waiting to hear from you. Well, it’s time to finish up Now it’s your turn. Pick the best one from the hairstyles and ask your stylist to get that done for you. While selecting the hairstyles, you need to consider the price, your face shape, the taste of the people around you. And do not forget to let us know about the feedback, suggestion, experience regarding these hairstyles. Your feedback inspires us to write something new for you. The comment box is all yours, and we will be waiting for your feedback. Moreover, you can connect with us through Pinterest to get regular updates. Stay beautiful and keep beautiful