Travis Scott’s braids are very attractive for the young generation. In today’s world Travis Scott has established himself as a leading rapper, singer, and songwriter. However, he has a very unique appearance. That has been a long talking point. So today we are going to focus on some of Travis Scott’s most iconic hairstyles Travis Scott. Which are mostly known as Travis Scott braids.

Why Are Travis Scott Braids So Attractive?

Actually, all forms of Travis Scott hairstyles are in braids categories. Braids are the common practice of African-American peoples. This hairstyle continuously grows up generation by generation. Braids styles show respect and truthfulness with your ancestors. All these conditions have made braids styles the most wanted hairstyle.

Look at this picture to see his blonde hair braids. These rounded braids have come out with blonde color to provide a fascinating look. The size of these blonde-colored braids is medium. With this beautiful outfit, he was spotted outside his house. You can try this hairstyle if you want to have blonde-colored braids on your black scalp. 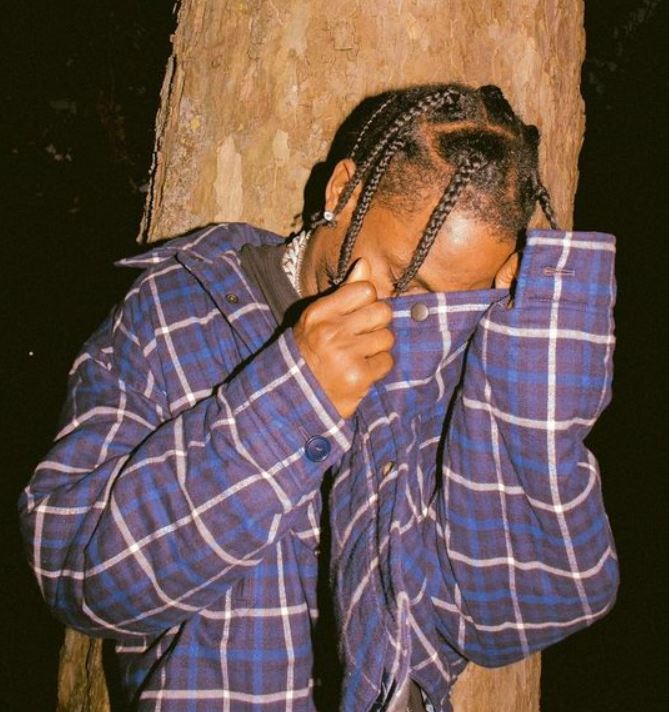 After a long period, we have found some recent changes to his hairstyles. However, the core value has remained the same. His signature box patterns have always been a great attraction for his fans. A real jam of a hairstyle that will blow your mind. So, why not try Travis Scott braids out of new hair linings?

Only a few times he was spotted with these iconic short braids. The reason is unknown why he is not practicing it in full spirit. However, his fans have loved this hairstyle very much. Even in the Asian territory people continuously practice this hairstyle. Because maintaining short braids is very easy. And the expense rate is low. So, don’t bother with long braids.

People who have braids must have tried a dread hairstyle at some point in their life. Dread hairstyles are a common practice of some African societies. It is one kind of appreciation to our ancestors. So, practicing this hairstyle is a symbol of providing respect to the old generation. However, maintaining dreadlocks is not that easy. Therefore, you can take the risk if you have the ability to maintain this one.

Generally, Travis Scott’s braids are a signature hairstyle of his. However, his fan followers including black guys and white guys follow his braids. This common braid style of his has been loved all over the world. Especially, the hype of practicing this style on his white fans is increasing day by day.

Travis Scott’s two braids are another form of traditional box braids. Here it is quite similar to the traditional box braids style. But the central fade line and unconventional box make it more eye-catching. Fans from around the world have tried this hairstyle. Particular white gays have taken this style on a more top level.

Here you can see a nice example of short hairs without braids. Actually, he does have braids. But the braids have come out with different side brushes. His side hairs were very cleanly uprooted to add a new dimension with traditional braids style. Therefore, the overall look seems like he doesn’t have braids. Rather you can call it a hidden braid hairstyle.

Sideway fades were drawn like a leaf. Which has made his box braids more attractive. Also, his braid’s hairs are longer than previous styles. Overall the box on the scalp looks so plain. I can call it long hair braids with sideways leaf fades. This haircut can be a dream beginning of any rock and rapper. Anyone can come out with this hairstyle, to have an alarming appearance.

Actually, Travis Scott is the influential hairstyle for the new generations of peoples. Especially, white younger people who copy hairstyles most of the time. Here have provided some of the most inspired Travis Scott hairstyle examples for you.

Many people have been inspired by his signature look. Here his little girl is doing braids style. The only difference is that you can identify the beads in that style. Overall it is quite similar to Travis Scott’s actual braids style. Let’s try this hair lining on your kids also for a defining look.

When you think about the popularity these two are the most leading positions. People have found out a hybrid formula of Travis braids and rocky asap braids to get a new defining look. See this girl’s mixed braids styles. She is looking so lovely with her new initiative?

Many male followers can be found around the world. See this style many men try in today’s time. Actually, two advantages can be found with this braids style. One is the defining look and another one is the easy gentility.

How to Get Travis Scott Knotless Braids Style?

Here we have provided full overviews of Travis Scott’s braids hairstyle. If you are inspired by his hairstyles, then move forward with Travis Scott’s braids. But I need to have a consultation with a hair expert before doing any braids. Because some sensitive scalp is not prepared for braids style. If you can overcome this little problem, then try your favorite celebrity style.

Actually, you can fearlessly try Travis Scott’s hairstyles. Because the easy maintenance and attractive look will take your styling appearance on to the next stage.